Skip to main content
Ursula Hemetek and her research
Auf deutschsprachige Seite wechseln
To provide you with the best services possible this website uses cookies. For further information please refer to our data protection declaration. 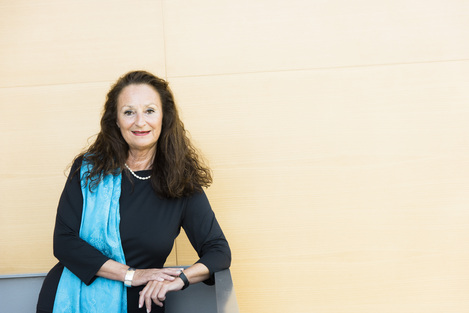 Ursula Hemetek is one of the most influential figures in the current international ethnomusicological discourse. Her particular standing in the discipline of ethnomusicology is due to her pioneering role in the formation of the specialist field of ethnomusicological minority research. Her influence on the development of approaches, methods and theory in research on marginalized groups and their musics has had an impact on the discipline in general. The establishment of an international study group has made these discourses internationally effective. Ursula Hemetek’s appointment as General Secretary of the ICTM (International Council for Traditional Music) in 2017 underlines her pioneering position in ethnomusicology.

Ethnomusicology deals with music in its social context, its use by communities/individuals, and the meaning that music has for these persons. The discipline encompasses all musics of the world – North Indian art music as well as the music of Burgenland Croats. The most important method of ethnomusicology is field research, which is the basis for scholarly results in the empirical sector. In field research, which can either be documentary or explorative, audio or video documents are generated.  Both directions are indispensable and complementary parts of a comprehensive study of cultures in general and music cultures in particular. The documented persons are thus the most important (cooperation) partners of the researchers.

Music is powerful: it can serve identification as well as representation, and it can be instrumentalized and is thus an essential socio-political factor, both for the dominant society and for marginalized groups.

Ursula Hemetek decided to study the music of marginalized groups, particularly in Austria. In her research on Roma music, which she began in 1988, she witnessed the prejudices and discrimination to which her research partners were subjected. Knowledge about Roma was virtually non-existent in the Austrian public at that time and was characterized by extremely negative attributions. For Ursula Hemetek, the development of socio-politically effective applied implementation strategies for her research results, such as public cultural presentations, concert appearances by Roma musicians, symposia, publications and public relations work, was therefore of great importance. This principle makes it possible to shape socio-political discourses as it gives the protagonists the power to "speak", or to express themselves musically.

The ability to intervene in discourses presupposes a profound knowledge of them in the country in which the research is carried out. This knowledge in turn makes it possible to react in a research-oriented way. The groups Ursula Hemetek dealt with were groups where urgent problems had to be reacted to. Urban space as a musical field shaped by migration represents an essential point of access in this respect: with regard to Austria, migrants from Turkey as a projection screen for islamophobia have become an issue, as have the refugee movements of recent years.

International networking is a fundamental tool in such research. Since all of these research areas involve very different musical cultures, cooperation not only with the documented research partners but also with ethnomusicological specialists in the different cultures is an essential element. Knowledge of the various languages involved is just as important as knowledge of the musical cultures.

For Ursula Hemetek, ethnomusicology is a participatory discipline with socio-political responsibility. She therefore decided to establish an international research center for ethnomusicological minority research at  mdw with the money from Wittgenstein Prize. The MMRC – Music and Minorities Research Center (Wittgenstein Project) is committed to sustainability, and sustainability in academia means, among other things, the promotion of young researchers. Its establishment at a university is another factor that should guarantee sustainability. Scholars at different stages of their academic careers from different parts of the world can thus contribute their topics and research projects and work together on the further development of minority research in ethnomusicology as well as on models of socio-political application and thus use the power of music for the realization of a fairer society.